FOR A EUROPE FREE OF FASCISM, RACISM AND SEXISM

IN A WORLD OF FREEDOM AND SOCIAL SOLIDARITY 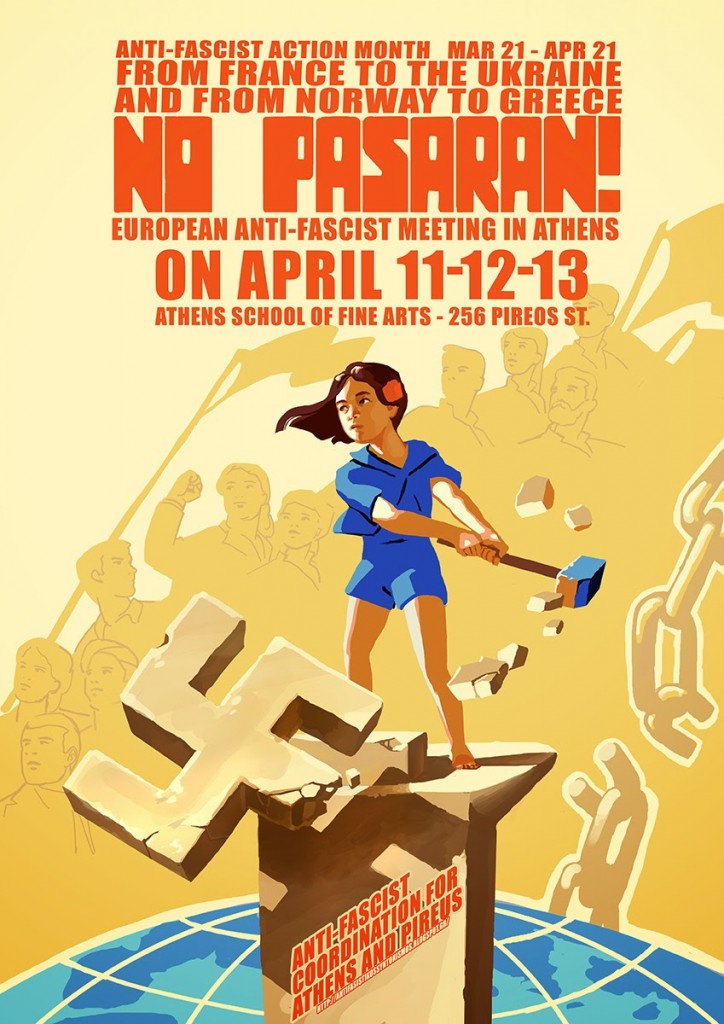 Seventy years after World War II and the defeat of fascism, Europe is facing the challenge of a Nazi, racist far-right on the rise.

Racists and Nazis however definitely have an opponent who keeps growing stronger: the massive and pluralistic movement fighting in the streets all over Europe, not only against fascist terrorism but also against those who sustain it and protect it: anti-grassroots policies, arbitrary police behaviour, neoliberal totalitarianism itself and the system trying to impose it.

On April 11th, 12th and 13th 2014, resistance meets in Athens in a climate of fermentation and festivities that will involve political workshops and speeches, concerts and discussions with antifascist collectivities, networks and assemblies from all over Europe. We will discuss, share our experiences and organise our action at a European level with the view to send out a strong message of coordinated fight against fascism, racism and sexism.