Please, read this article prepared by Herriet Sherwood and published in the Guardian on May 13, 2014. The article is about the UK awarding ‘special mission’ status to Tzipi Livni, Israel’s justice minister, and thus a diplomatic immunity to protect her against prosecution ahead of a planned visit to the UK.

The Palestinian Centre for Human Rights (PCHR) and Hickman and Rose have been prosecuting Livni before the British courts for years on the grounds alleged war crimes against Palestinian civilians and their property during the Israeli offensive on the Gaza Strip 2008-2009, codenamed operation “Cast Lead”. The article includes important information and quotations said by lawyer Raji Sourani, Director of PCHR, condemning the UK’s position and how it failed to fulfill its legal obligations to prosecute war criminals.

In 2009, Livni cancelled a visit to the UK after PCHR and its partners had obtained an arrest warrant from the court. However, Livni could visit the UK in 2011, when the British government awarded her a diplomatic immunity as well. 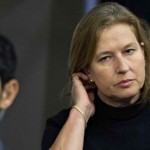 Israel’s justice minister Tzipi Livni. Photograph: Reuters
The British government has granted temporary diplomatic immunity to a prominent Israeli politician ahead of a visit to the UK this week to protect her against arrest and potential prosecution for alleged breaches of international law, including war crimes.

The move comes amid efforts to secure a warrant for Livni’s arrest by London lawyers Hickman and Rose, acting on behalf of a relative of a Palestinian killed in the bombing of a police compound on the first day of Israel’s military assault on Gaza, which began in December 2008.

Working with the Gaza-based Palestinian Centre for Human Rights (PCHR), the law firm requested the CPS to advise police to arrest Livni for suspected war crimes, and to liaise with the attorney general to approve criminal charges.

Raji Sourani, PCHR director, said he was very disappointed at the government’s decision given that a British judge decided in December 2009 that there was sufficient evidence to justify Livni’s arrest over the three-week Israeli military assault on Gaza.

“As the lawyers for the victims of widespread suspected Israeli war crimes, PCHR is very concerned that these kind of political acts endorse the ‘rule of the jungle’ rather than the ‘rule of law’,” he said.

“The [UK government’s] stated policy of ‘ending impunity for international crimes’ can only be properly pursued if the rule of law and due process is allowed to prevail, rather than Britain giving a safe haven to suspected war criminals, even for a few hours,” Sourani said.

An application on behalf of a private individual for an arrest warrant for Livni was received by the Director of Public Prosecutions last month. But on Monday the CPS was informed that Livni had been granted special mission immunity. “In accordance with established case law, this means that a magistrates’ court would be bound to refuse any application for an arrest and as such the DPP is not able to consider any application in relation to this individual,” said a CPS spokesperson.

It is the second time diplomatic immunity has been granted to Livni when visiting the UK. In October 2011 she was granted special mission status after the CPS received an application for an arrest warrant for alleged war crimes.

In December 2009 Livni cancelled a visit to London after an arrest warrant was issued by Westminster magistrates court. The British government later changed the law on “universal jurisdiction” to require prior approval from the DPP before an arrest warrant in connection with international war crimes could be issued. Previously, citizens could apply directly to a judge for an arrest warrant.

The granting of immunity to Livni comes amid growing concern over the government’s issuing of special mission status, and the secrecy surrounding such moves. A special mission is “a temporary mission, representing a state, which is sent by one state to another with the consent of the latter, in order to carry out official engagements on behalf of the sending state”, the foreign secretary, William Hague, told MPs in March 2013.

But the government has refused to disclose details. In response to parliamentary questions tabled by the shadow justice minister, Andy Slaughter, last month, the Foreign Office minister, Mark Simmonds, said: “In view of the confidentiality of diplomatic exchanges, we have no plans to publish further details about requests that have been granted or refused.”

Applications took into consideration the “obligations incumbent upon the UK under customary international law and our policy of ending impunity for the most serious of international crimes and a commitment to the protection of human rights,” he added.

Critics say the judicial system is being bypassed, and that the granting of immunity circumvents the UK’s obligations under international law.

The government’s refusal to disclose details of special mission requests was outrageous, Slaughter said. “This prevents proper public scrutiny. Diplomacy should not override the legitimate role of the courts.”

At the time, the PCHR said: “Credible evidence exists indicating Mr Gantz’s involvement in the commission of war crimes: these allegations should be investigated and, if appropriate, Mr Gantz should be prosecuted. He should not be preemptively granted immunity by the UK government, circumventing normal criminal justice procedures.” Gantz was suspected of war crimes over Israel’s eight-day military assault on Gaza in November 2012, according to PCHR.

Almog cancelled last year’s UK visit despite being granted immunity. In February 2008 the former military officer refused to disembark from a plane at Heathrow after he was tipped off that an arrest warrant had been issued by a British court. He stayed on board until the plane took off for Tel Aviv two hours later.

The UK promised Israel it would change the law to make it harder to secure arrest warrants for Israeli public figures. In an address to the Israeli parliament last month, David Cameron said: “When I was in opposition, I spoke out when – because of the law on universal jurisdiction – senior Israelis could not safely come to my country without fear of ideologically motivated court cases and legal stunts; when I became prime minister, I legislated to change it. My country is open to you and you are welcome to visit any time.”

Livni played a key role in Operation Cast Lead, the Israeli name given to its military onslaught on Gaza in 2008-09. Of around 1,400 Palestinian deaths, most were civilians according to human rights groups. Israel says 1,166 Palestinians died and that most were combatants. Thirteen Israelis were killed.

Livni declined to comment on her legal status in the UK.

Sarah Colborne of the Palestinian Solidarity Campaign said: “It is an outrage that the British government appears to have offered Tzipi Livni immunity from prosecution for the gravest of offences – war crimes … Livni may be desperately trying to run, and hide, from justice. But she should know that you can’t evade justice for war crimes – and there is no expiry date. Tzipi Livni can’t rely on getting ‘get out of jail free’ cards every time she travels overseas.”

Livni’s trip to London this week coincides with a visit by the Palestinian president, Mahmoud Abbas, towho will meet the US secretary of state, John Kerry, to discuss the breakdown in peace negotiations and the recent reconciliation between rival Palestinian political factions, Fatah and Hamas. The US has threatened to withhold funding from the Palestinian Authority if unity with Hamas – designated as a terrorist organisation by Washington – advances.

“While the door remains open to a peace process, the purpose of the meeting is to discuss our ongoing relationship with the Palestinians,” the state department said on Monday.